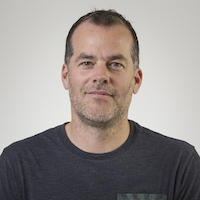 Executive Producer at National Film Board of Canada

Louis-Richard Tremblay is executive producer with the French Program’s Interactive Studio since 2019. He first stepped into a producer role with the NFB in 2013, after a dozen years at CBC/Radio-Canada. Fascinated by the power of interactive experiences and media of all kinds, he has guided numerous international co-productions at the NFB, helped produce dozens of award winning works in Canada and internationally, and regularly participates in panels, conferences and master classes. He is driven by the thrill of working with people who join forces to push the limits of their craft.

The National Film Board of Canada

The National Film Board of Canada (NFB) is one of the world’s leading digital content hubs, creating groundbreaking interactive documentaries and animation, mobile content, installations and participatory experiences. NFB interactive productions and digital platforms have won over 100 awards, including 21 Webbys.